Welcome to my website - here you can find information about me, my music, watch videos, read thoughts from my brain, see when & where I'm playing next.

Leave me a message or get in touch. Cheers, Toby

After nearly a year since Refracted Moments Vol II was released I'm excited to say that Vol III is completed and will be released November 16th and will be available for iTunes pre-order tomorrow (October 25th)!

I've had some CDs printed and will be sending some of them out to supporters of my original crowd-funding campaign (all those years ago!).

For this final part of the Refracted Moments Trilogy I re-recorded the vocals with a great producer (and now friend) Guy Katsav who runs Denmark Street studios. For these tracks I wanted to give them a bit of new life and improve on my previous vocal performance so invested some time and money into polishing these four songs so I really hope you enjoy them!

I'm excited for it to hit digital stores soon and thanks for all of you who continue to support my music making, whether it be coming to shows, sharing my music with frinds, or simply listening.

Oh and here's the cover artwork: 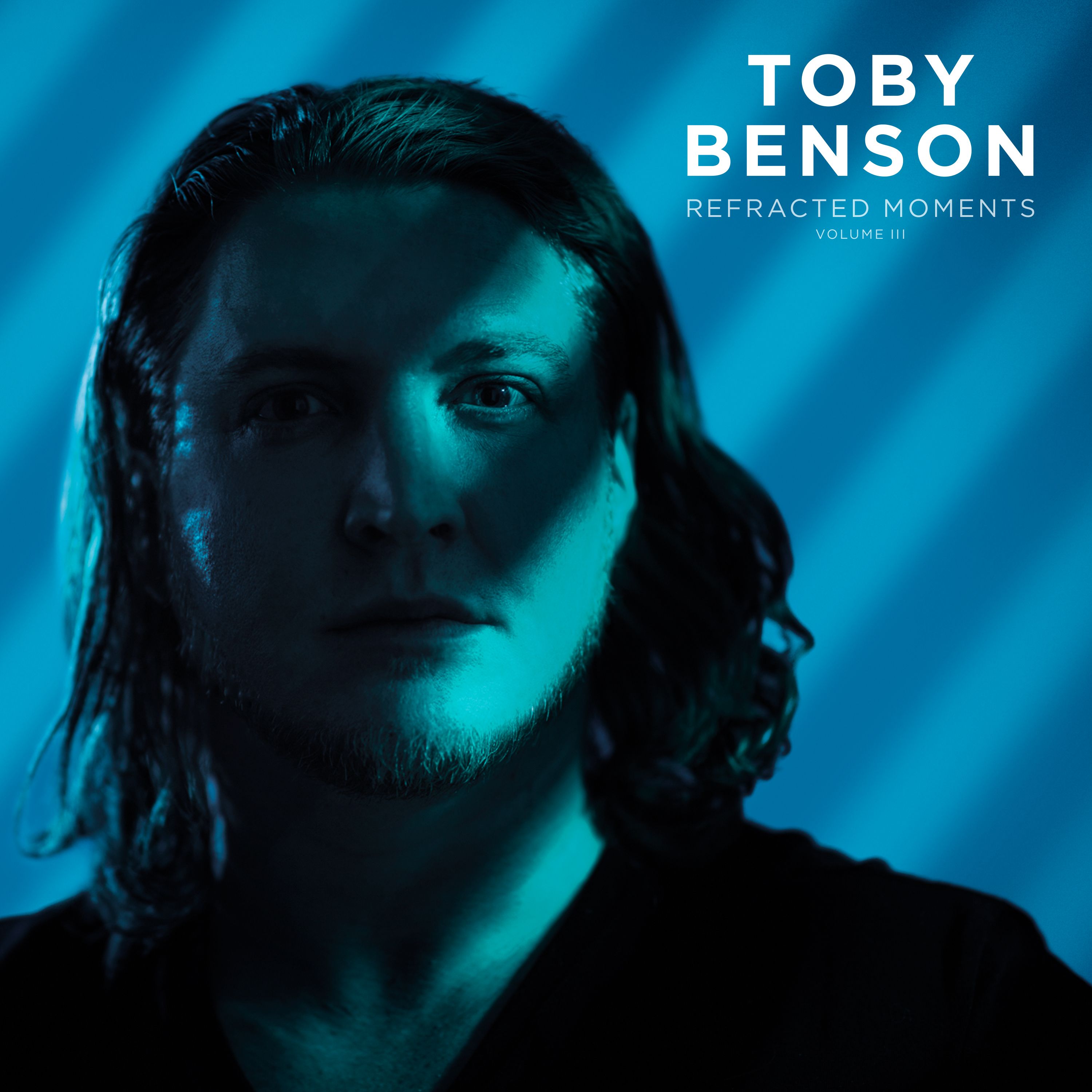 On Wednesday December 13th I'll be playing a gig to launch my new EP 'Refracted Moments (Vol II)' at The Workshop, Old Street, London. Presented by Hot Vox music promoters the night will feature several bands and artists, headlined by Loose Threads. The venue is one I've played a few times before and is a great little spot just a short walk from Old Street Station - they do decent food and good range of cocktails too so worth getting there a little early for a bite to eat! I'll be on stage around 8pm, and sticking around after for a few drinks so be great to see you there if you can make it. 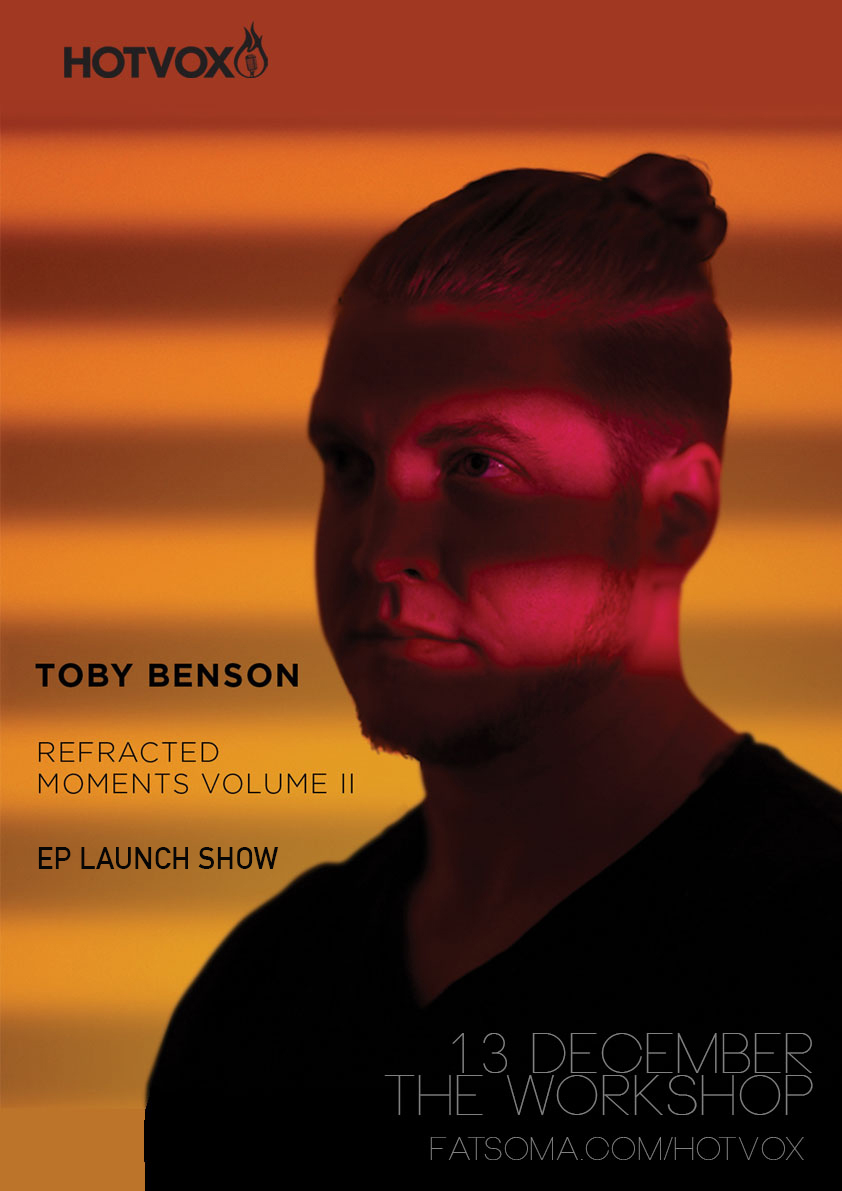 It's been a while since 'Refracted Moments (Vol I)' was released and so I'm excited to announce that Vol II is being released December 12th on all good online music retailer sites! It will be available for pre-order on Dec 2nd and when you pre-order you will get one of the tracks immediately so please do mark your diary/calendar and pre-order it asap!

It's been a slow journey getting this second part out there but I am hugely grateful to Simon aka 'Sorted' for the amazing photography (other pics of his can be seen across my site) as well as to iuri for his work on the design. I'm in the process of getting CDs and flashdrives made and those who supported this project will again get physical copies in the mail as soon as I've received those which will hopefully be in time for Christmas!!

Many thanks for your continued support and if you love my tunes please share the love and tell your friends to check out my music online and bring them along to my shows. I am working on organising a show to go alongside this new release so stay tuned! 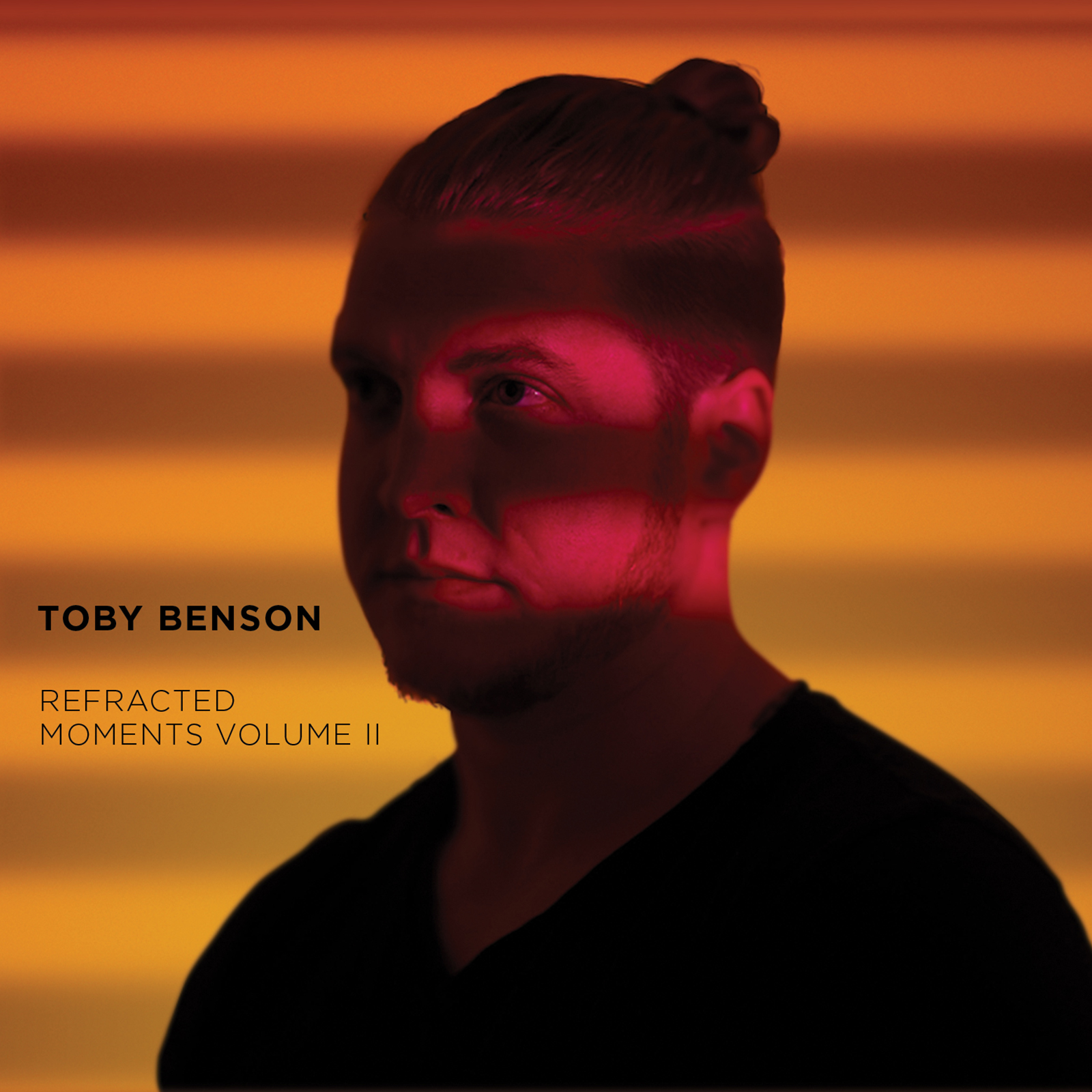 So the 'Refracted Moments' launch show took place at the beginning of July and it was a great night and I've been meaning to write a little blog post to share on my website so here we go!

After some mild drama the week preceding where ticket sales were looking a little low, we ended up having a good solid crowd come down to see me play at 'The Old Queen's Head' and luckily there was beautifully cool air-condition which made a real difference on that hot summer's evening!

I had two great musicians playing with me - Dion Rushe on lead guitar and Sam Weston on Bass and both did some beautfiul delicate harmonies and really helped enrich the sound of the songs.

We played a nice long set - around an hour and a half - of songs of mine, from the 'Refracted Moments' series as well as some new songs, some of which I'd never played live to an audience before so that was a really great experience to unleash some new material!

I was also very fortunate to have my talented wife Pippa join my on stage and she & I played a couple of new songs of mine as duets - her Ukulele playing and harmonies were both beautiful and I really am very lucky to have her support both musically and in life!

The audience were all great, really attentive and engaged + I even got an encore which I completely wasn't expecting and having played a good long set and being quite shattered by the end I got Pippa to lead the encore with a rendition of 'Jolene', a Dolly Parton cover that she and I have had a lot of fun playing over the last year or so! Sam even managed to wing it on Bass and help make it sound even better! Very unexpected but great fun!

I want to thank those of you that were able to make it along for the night and made it so special and hope you will join me again at another show soon!

It's here - the first part of 'Refracted Moments' is out now!

(And all other online music stores)

I'm very excited to be releasing new music having started on this project so long ago. It is satisfying to see things all start to come together and I'm very excited to be playing a show on 6th July! This gig will be for the launch of the series of EPs 'Refracted Moments' with Volume 1 being release shortly before the gig (June 27th) and will be taking place at the Old Queen's Head in Angel, London.

It is being promoted and managed by the great Hot Vox with whom I have gigged many times in the past and will be featuring the wonderful singer-songwriter Nikki Loy.

I would love to see you there if you can make it! Tickets are £10 in advance or £12 on the door and further details can be found here on my site, or on the Hot Vox website

So it's June 13th and the first part of Refracted Moments is now available for pre-order of iTunes!

Please do pre-order it now and get an immediate download of 'Hold You' and then when it is properly released in two weeks time it will automatically download to your device! Bam!

I am very excited to announce that I have new music coming out! 'Refracted Moments (Vol 1)' is the first of a three part collection of songs written by Toby over the last decade and will be available to pre-order on June 13th and available to download and stream from June 27th!

It's been a slow journey to get here, but I am hugely grateful to all my friends and fans for their patience and support. I started this project back in 2015 and was able to crowd-fund some of the costs needed to record it and I know many of you have been waiting a long time for this!

While it started as a full-length album, I decided to split the music up into three parts - three collections of songs I have written over the years that are all very personal to me, covering a variety of topics from the deeper emotions of loss, love, and relationships, to the lighter musings of one-night-stands! I am really excited to be sharing volume one with you in just a few weeks and hoping my words and melodies will resonate with you in some way and that you enjoy my music!

Huge thank you to my fans and crowd-funding supporters & I will be in touch about dates for the launch party very soon!

Completely FREE show which is in a market which is open to ALL AGES - lots of food and drink around the market and good fun Sunday vibes!

The Spice of Life, Soho, London

Very excited to be supporting the excellent country star Philippa Hanna at the prestigious Bush Hall!

Toby Benson at the Islington

Playing my first show at this famous music venue! Come on down!

PLUS... free shot of Kamikaze at the bar.

Launch show for my new EP - 'Refracted Moments (Vol II) and I will be on stage shortly after 8pm.

Tickets available here online (link below) or on the door. £10 in advance or £12 on the door.

Live music showcase featuring a number of live music acts. After party going on until late!

The back room of the Pig'n Whistle is where stars have been born since 1927! Promoted by legendary Hollywood event organizer Mike Giangreco this Live Music Showcase will feature Toby Benson amongst other up and coming Singer-Songwriters.

This September, Absent Kelly are returning to the pride of New Cross, the Amersham Arms for a night of Indie loveliness.

On the evening's bill is Toby Benson. After impressing the promoters at previous shows, they very quickly invited Toby back. Toby will be on a high for this show after the release of his debut EP in August, an EP that will showcase the best of his acoustic pop/rock sound with a touch of folk. This sound has seen him play on stages around the Capital, including sharing stage with some big names such as Keane's Tom Chaplin.

Finally after several years in the making, my EP is complete and I am delighted to invite you to join me to celebrate the release of my debut record 'Fragile State of Mind'.

Line-Up of live music for the night:

DJ set afterwards until 1am.

For the Absent Kelly early June show at Surya, they’re bringing you a bill full of fantastic emerging Alternative Rock acts from London and beyond.

On the evening's bill is Toby Benson. After impressing the promoters at a previous show, they very quickly invited Toby back. Toby is a singer/songwriter who specialises in acoustic pop/rock with a touch of folk which has seen him play on stages around the Capital, including sharing stage with some big names such as Keane's Tom Chaplin

Zigfrid Von Underbelly sounds more like a Russian prince than a music venue but rest assured it's more Bowie than Bolshevik. The Underbelly stages Hot Vox's Midweek dip into musical decadence with 4 or 5 of their most lip smacking bands. A diabetic coma of sound... You have been warned. See more at: http://hotvox.co.uk/events/hot-vox-108#sthash.ZhdWcS2Y.dpuf

Moonshine Sessions at The Lucky Pig